The story of a ransomware builder: from Thanos to Spook and beyond (Part 2)

Threat & Detection Research Team February 25 2022
1406 0
Read it later Remove
20 minutes reading
Accueil » Blogpost » The story of a ransomware builder: from Thanos to Spook and beyond (Part 2)

In a blog post entitled “The story of a ransomware builder: from Thanos to Spook and beyond (Part 1)”, our colleagues from CERT-SEKOIA described the results of incident response on a Spook ransomware attack. We took over and then investigated the Thanos builder used by the ephemeral group Spook and many other groups.

1.1 From Thanos to Spook

Online documentation shared by the cybersecurity community quickly stressed a link between the Spook ransomware and the Thanos ransomware. The Spook ransomware group, like many other cybercriminal groups, uses auto-generated ransomware to impact its targets. The usage of malware builder is quite common in the cybercriminal ecosystem. It has two main benefits: it allows delegating the complexity to a more qualified developer and gains a lot of time during the weaponization step of an attack.

The Spook ransomware samples appear to be created by the Thanos builder. This builder has been sold on underground forums since late 2019 according to the information we could find on these forums.

The builder offers the ransomware group a simple GUI where it can customize its ransomware.

The builder allows threat actors to build a custom ransomware sample with multiple options (found in the resource once decrypted):

This report focuses on the version used by the Spook ransomware group. Still, variants of other groups will have similar functionality.

To achieve its goals, Spook samples (and by extension, other ransomware created using the Thanos builder), perform several actions:

Those actions are performed using simple commands that can be found in the configuration file using the tool created by our colleagues during the incident response step.

Raccine (https://github.com/Neo23x0/Raccine) is a simple and open-source anti-ransomware tool. It kills the process that tries to delete the Shadow Copies. This is why it must be disabled before continuing. It is an opensource project which must be used with caution in production.

Here are some simple commands used by Thanos samples to perform Raccine deactivation:

The ransomware stops multiple services using three tools: “sc.exe”, “net.exe”, and taskill.exe”. All these processes and services are stopped to ensure the encryption of files that might otherwise be write-locked.

The Spook samples simply create a .lnk file in a Startup folder to gain persistence on infected systems.

To ensure that the target will not be able to restore its files, the ransomware will try to delete the Shadow Copy by running this PowerShell command:

However, the Spook sample that was found by our colleagues failed to delete the Shadow Copy.

The  ransomware goes through the drives and encrypts all files containing one of the extensions that were specified by the user in the builder. The file encryption is done using AES-256 algorithm in CBC mode, and the AES key is protected using a 2048 RSA public key. An interesting fact is that the AES key can be specified to the builder or automatically generated during the execution. If the key is specified, it can be retrieved in the sample and used to decrypt the files.

We saw a Spook sample opening a fake console window to ask the user to wait patiently during its computer encryption. This fake window is often used by samples created by the recent RobinHood group.

Print the ransom file to the user

At the end of its execution, the ransomware will warn the user that files on its computer have been encrypted via multiple ways. The ransomware drops multiple .txt and .hta ransom files. It will try to open the .hta file using “mshta.exe” or the .txt file using “notepad.exe”. It will also set a notification in the notification bar. Some samples also try to print the ransom note if a connected printer is detected.

At the end, the ransomware will delete itself using the following cmd command.

This command is used to fill the file with zeros to make sure it is unrecoverable. The same command is used by the LockBit ransomware according to this Fortinet article.

Note that the “cmd.exe” commands used by the sample will have disguised 3-second sleep:

Unlike other variants, the Spook samples do not seem to have the capability to exfiltrate files by themselves (the builder allows adding an exfiltration functionality through FTP). The data exfiltration must be done using another tool such as RClone. But half of the known Spook samples try to download PSexec during their execution like the incident response attests in blog part 1. The Spook ransomware seems to be simpler than other variants, exfiltration and lateral movement capabilities are delegated to other tools.

Another difference between Spook and older variants (such as the  Prometheus’ ones) is that we did not see the Spook ransomware stopping services using “net.exe stop”. Most Spook samples do not have the capacity to spread themselves across the network, changing firewall rules, enabling SMB and copying itself using “net use” as Prometheus could.

Prometheus is a ransomware group that was active in early 2021. For more details, you can read the Cybereason report about Prometheus. What is described there about the Thanos builder corresponds to what we could observe.

From the Spook samples that were given to us, we started looking for similar files using YARA rules and other pivots on malware databases. This watch allowed us to find many Thanos samples from multiple groups.

As Thanos is an off the shelf ransomware, it is not surprising that it is used by many groups. Here is a list of group that use Thanos builder:

This list is the continuation of Cybereason’s work by SEKOIA.IO’s point of view on the usage of the Thanos builder. It is not exhaustive, and we found many Thanos samples that we were not able to attribute to a known ransomware group. As we can see, the Thanos builder is used by dangerous double extortion groups as well as script kiddies. Most of them seem to use the default configurations or common ones on ransom note name and encrypted file extension, which made them not very usable for attribution. However, the ransom note content usually leads us to the ransomware group.

2.1 Who was the Spook ransomware group?

The Spook ransomware group had been operating between September 2021 and October 2021. It uses the previously described Thanos builder to generate Spook sample with the following ransom message:

This message has multiple English errors, which can be explained since the builder is sold on Russian-speaking forums.

As you can see, the group practised double extortion. The data from targeted organizations were published on an onion leak website. It is interesting to note that the Spook’s website and the one of the former ransomware group Prometheus are very similar:

Moreover, according to the S2W’s blog, an old file tied to a Prometheus victim was found in the exact same location in the Spook WordPress server.

During its short period of activity, the Spook ransomware group announced it had hit 38 organizations, all published on its website between September 26, 2021, and October 19, 2021.

During this time and according to the statements of the group, France was the most affected country, with 9 companies being targeted (which represents 23.7% of all known attacks).

Countries most impacted by the Spook ransomware known campaigns

The industries that were impacted the most included the financial, the manufacturing and the retail ones.

2.2 Multiplication of ransomware groups – where do the borders stand between them?

As per our observations, ransomware builders are regularly shared on many hacking forums. Very often, it is the developer himself who shares or sells a builder, or else the source code of ransomware is leaked from third parties.

Example of a ransomware builder released on a hacking forum

In any case, building kits allows threat actors to create customized ransomware, with the possibility to create numerous variants with different configurations for each campaign.

The generated ransomware are thus more likely to escape detection, and the attribution is getting much more challenging.

It is not uncommon to see threat actors within the ransomware industry to be involved in several ransomware groups or projects. For this reason, there is an increasing focus on ransomware affiliates or ransomware operators, instead of clearly separated groups. 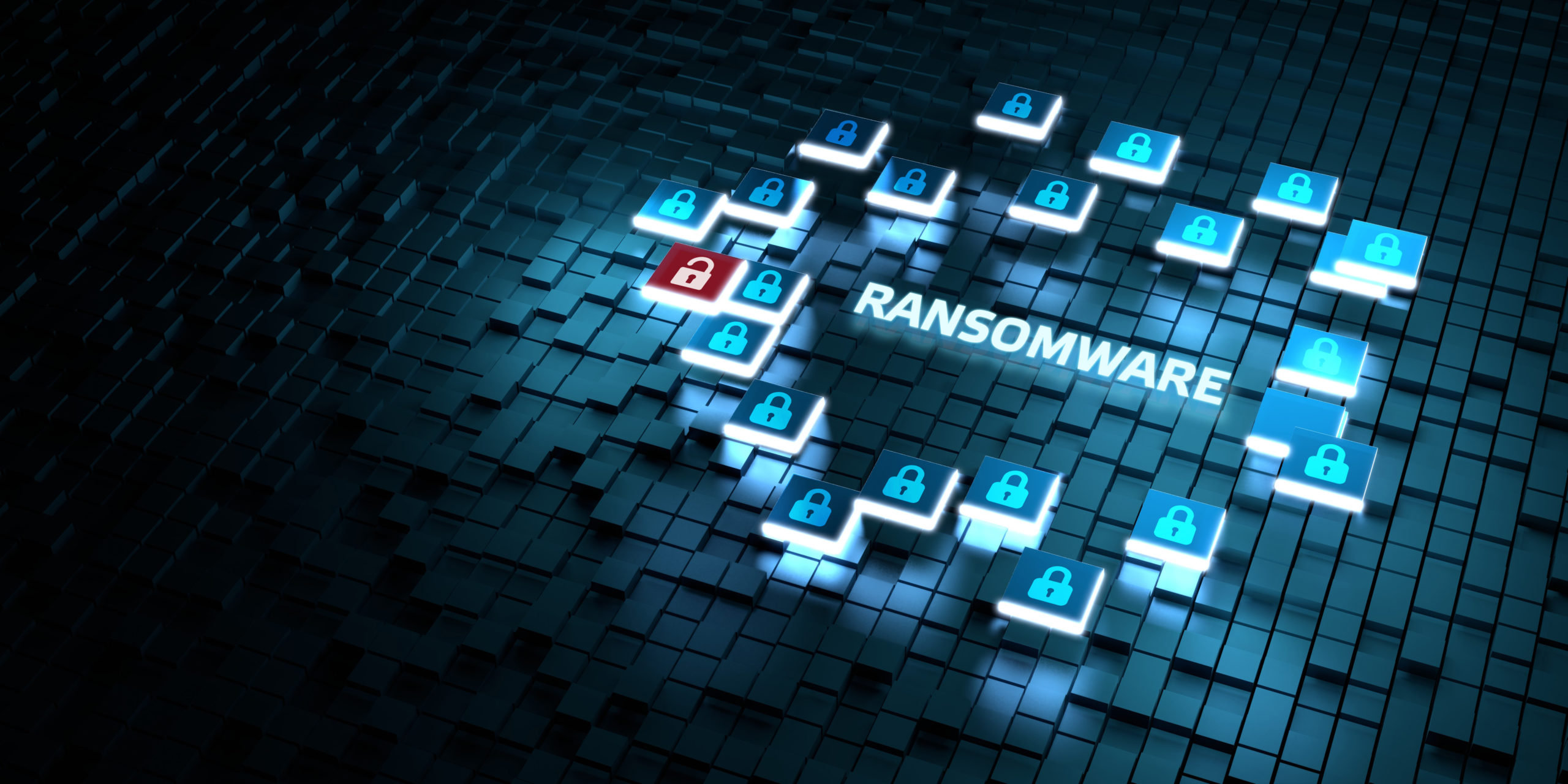 The story of a ransomware builder: from Thanos to Spook and beyond (Part 1)

Posted on hacking forums in February 2020, the Thanos builder is still being used by many ransomware actors, with varying degrees of experience, to develop new malware variants and conduct malicious campaigns.

In this blog post, we analyzed one of the latest ransomware developed with the Thanos builder.

Given Spook’s short period of activity, a large number of victims, and what has been observed by our colleagues during the incident response, we think that the former Prometheus group acquired multiple accesses by using the services of an access broker and recreated a quick arsenal using the Thanos builder to monetize these accesses.

A war on multiple fronts – the turbulent cybercrime landscape

Russia’s war in Ukraine is currently widely mirrored in cyberspace, engaging many different parties in an ever-increasing dispute. In...

Lapsus$: when kiddies play in the big league

You may not have missed all the noises recently caused by Lapsus$, a group that seems to specialize in...

Today, we are adding Sigma Correlations support to the SEKOIA.IO threat detection capabilities! In this post, we discuss what...